Barbara Blatner is a playwright, poet and composer. In Fall 2010, New York Quarterly Books published her verse memoir about her mother's death, The Still Position, and in 2012 brought out a second full-length poetry collection, Living with You. Her play Years of Sky was produced at 59E59 Theatres in New York City in the summer of 2013 by Scripts Up!, supported by a grant from the Driehaus Foundation, and won the Columbia-Greene Playwrights Contest and the New Works of Merit award; a revised version of the play was presented as a 2015 Great Plains Theatre Conference PlayLabs play.

Barbara’s verse play for Epiphany, No Star Shines Sharper, was produced for stage and radio by the Mystic Theatre Company in 2004, published by Baker’s Plays in 1990, aired repeatedly on National Public Radio stations and acquired by New York’s Museum of Television and Radio. Grassy Knoll was produced in the First Annual Boston Theatre Marathon (1999) and appeared in Baker’s Plays anthology of plays selected from that event, and in New York’s Turnip Theatre Short Play Festival (1997). Shadow Play received a workshop production in the Cleveland Public Theatre’s 1993 New Plays Festival. Barbara’s adaptation of Tadeusz Borowski’s This Way for the Gas, Ladies and Gentlemen was commissioned by New Voices and staged at the Boston Public Library. The Choice, a video about childbearing written and produced with Diane Woodbrown, was shown in the 1991 International Women’s Video Festival.

Work staged in Boston’s New Theatre’s NeWorks series includes Years of Sky (ten-minute version, Honorable Mention, Nina Shengold’s Actors and Writers Short Play Contest), Betty and Mortie (a musical), and Marilyn Monroe in the Desert. Clearing and White Ashes were finalists in the O’Neill International Playwrights contest, Postures was staged by the Capital Repertory Company, and The Fair was produced by the Albany Playwrights' Workshop which Ms. Blatner founded and where she worked as director, writer and composer under a CETA grant for four seasons.

Music compositions include songs for the 1989 Boston Shakespeare Company’s Irish Plays season, a score for the Merrimack Repertory Company’s Young Artists at Play Alice in Wonderland, and an instrumental score for New Theatre’s 1996 premiere of Rosanna Alfaro’s Pablo and Cleopatra. She recently co-wrote the book and wrote lyrics and music for a children's musical, Heartsong.

Barbara’s chapbook of poems, The Pope in Space, was published by Intertext Press in 1986; poems, fiction and reviews have appeared in Beloved on this Earth (anthology), Heliotrope, House Organ, Poetry Northwest, The New York Quarterly, Lift, Apalachee Quarterly, 13th Moon, and others. 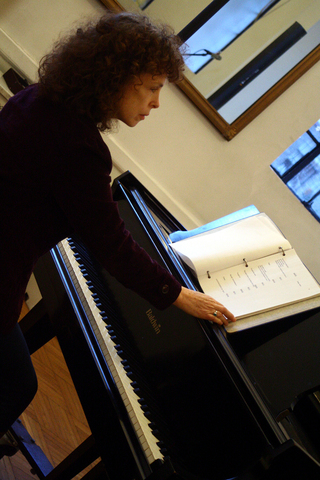 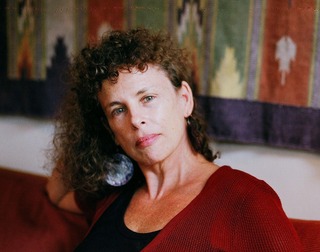 Years of Sky
Years of Sky tells of the doomed but enduring love between David, black, and Stace, white, whose relationship is bound to both Kennedy assassinations and thirty years of American politics.

Living with You
Living with You traces in lyrical, abstract verse, reminiscent of George Oppen and other poets in that tradition, the first years of the poet's married life.

Barbara Blatner's work possesses great power and great stillness. It is quiet but passionate, and the sense I have is that the processes she describes go on forever: "so we come back to / the old / the new // like the cats / in circle of[…]" She is very much a necessary poet in these loud and selfish times.

The Still Position
A verse memoir of my mother's death

No Star Shines Sharper
A verse play for Epiphany